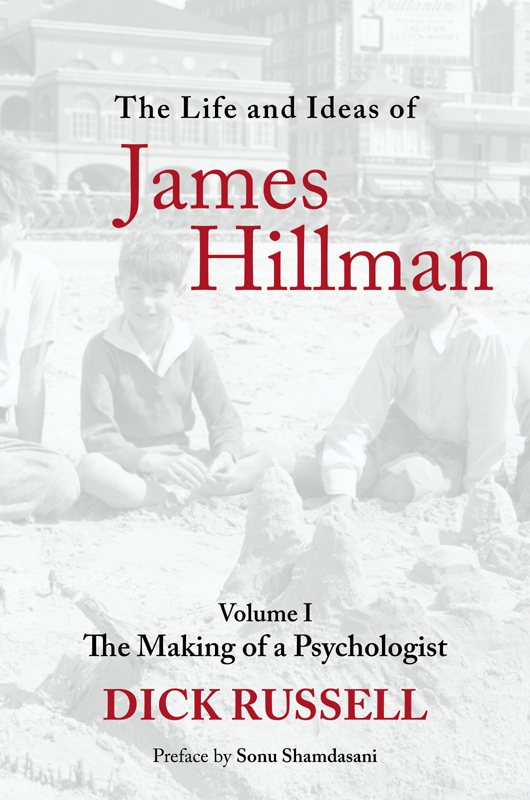 Book Review: ‘The Life and Ideas of James Hillman: Volume One’ by Dick Russell

Considered to be the world’s foremost post-Jungian thinker, American-born James Hillman is author of The Soul’s Code (pub. 1997). In Volume One of an extensive biography, author Dick Russell uncovers the path that led to Hillman’s long career as a Jungian psychologist.

The Life and Ideas of James Hillman, Volume One: The Making of a Psychologist, offers an expansive look at the life of this post-Jungian thinker. Born in New Jersey, Hillman made travel a way of life. Along the many paths he took, while exploring the world and possible careers, he arrived in Zurich, Switzerland just as The Jung Institute was getting started.

After the book traverses his early years, once Hillman became a student at the Institute in 1953, we are treated to a fascinating story of psychology practice at the time. After taking university level courses and graduating from the Institute, Hillman was called “the most brilliant graduate in the Institute’s eleven year history.”

Hillman’s life becomes especially interesting when he develops an awareness that he was present at the time when psychology returned to its Greek roots. Artists and thinkers such as Stravinsky, Picasso, Heidegger, Joyce, and Freud were part of a revival of classical Greek scholarship, which accepted the idea of archetypes, i.e., gods and goddesses within people. Author Russell suggests it may be because such a return “offers a way of coping when our centers cannot hold and things fall apart. The return to Greece is a psychological response to the challenge of breakdown.

Hillman moved with great interest into dream analysis and active imagination as dialogue, turning to books and scholarship on symbol history in order to better understand the mysteries of the subconscious.pan>

Throughout his early adult Hillman was personally drawn to his dreams. He had an unusual experience, a vision, once on a trip to the Himalayas and hoped to understand the meaning of such visions in himself and in others. As Hillman came to realize he did not have the skills to fully understand the mind/soul experience, he came to understand the need to return to Greek studies: “Greece persists as an inscape rather than a landscape, a metaphor for the imaginal realm in which the archetypes as Gods have been placed.”

At age 33, in 1959, Hillman was working in a new position at the Jung Institute as Director of Studies, seeing patients in private practice, while developing research and programs as well as traveling to raise funds for the Institute.

Dick Russell plans subsequent volumes exploring and explaining the life of James Hillman, who is often called one of the most brilliant psychologists of the 20th century. Those who have read Hillman’s works, including Re-Visioning Psychology and The Soul’s Code are sure to enjoy this story of his early years, based on hundreds of hours of interviews with Hillman.

View the original article on blogcritics.org

The Life and Ideas of James Hillman…

“This book invites one to read and reread Hillman’s works, present in the definitive form of the Uniform Edition. It enables them to be read afresh: now accompanied with a view of the man at his writing desk, ‘the man of flesh and bone,’ as Unamuno would have put it; a view of what engendered his reflections, the struggle of self-overcoming, how he attempted to grasp the hidden powers at work in our lives, and to forge, in the smithy of his soul, a renewal of psychology, and a renewed appreciation of the force of imagination in all walks of life.”

—from the Preface by Sonu Shamdasani

“James was up on a hill . . . a hill man . . . he saw things that others didn’t see because he was a birdman, an ostrich with his head in the clouds . . . the man loved to think . . . he attended the Sorbonne in Paris and Trinity College in Dublin before studying with Jung in Zürich.
“He thought everything (and I mean everything) possessed a unique ‘eachness’ of shape, voice, and character. Chairs, a bottle of wine, flowers, all were the world ensouled. Therefore, strip malls and cold office buildings of modern America were a reflection of our blindness to the world’s soul.
“What balanced all this thinking was James’s sense of humor. He was quick to laugh at himself and took risks, not only in his writing, but in his personal life. He once asked me if I would accompany him musically while he tap danced for a conference we attended. He wanted to break up the blah, blah. Maybe that’s what I missed about him the most.”

—John Densmore, author of Riders on the Storm: My Life with Jim Morrison and The Doors

“Jung’s last recorded words are, Let’s have a really good red wine tonight (p. 474). James Hillman loves Dionysus, the loosener (Lysios, the last syllables of psychoanalysis!). Hillman’s amazing life is high mountain springwater, very freeing and freshening, both for his honesty in becoming a transparent man and his great joy for the dance, that of doing his own individual soulwork. Deep friendship and love, though, I hear him insisting from the kitchen, must be at the core, not the language we so proudly devise for such mysteries.”

Considered to be the world’s foremost post-Jungian thinker, James Hillman is known as the founder of archetypal psychology and the author of more than twenty books, including the bestselling title The Soul’s Code.

In The Life and Ideas of James Hillman: Volume 1: The Making of a Psychologist (Helios Press, May 2013), we follow Hillman from his youth in the heyday of Atlantic City, through postwar Paris and Dublin, travels in Africa and Kashmir, and onward to Zurich and the Jung Institute, which appointed him its first director of studies in 1960. This first of a two-volume authorized biography is the result of hundreds of hours of interviews with Hillman and others over a seven-year period.

Discover how Hillman’s unique psychology was forged through his life experiences and found its basis in the imagination, aesthetics, a return to the Greek pantheon, and the importance of “soul-making,” and gain a better understanding of the mind of one of the most brilliant psychologists of the twentieth century.

About the Author
Dick Russell is a nationally respected activist, environmentalist, and author of critically acclaimed books, including, with Jesse Ventura, the New York Times bestsellers 63 Documents the Government Doesn’t Want You to Read and American Conspiracies. He is also the author of On the Trail of the JFK Assassins and The Man Who Knew Too Much. Russell has been published in many of the nation’s top magazines and has been a guest on numerous national TV and radio programs, including the NBC Nightly News.

To order a copy of the book, please click on one of these links:

Buy Horsemen of the Apocalypse on Amazon